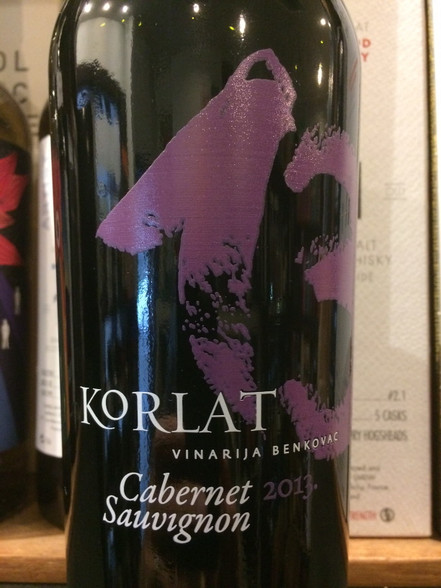 In its aromatic profile it is characterized by an abundance of diversified aromas such as plum, blueberry, black currant and a discrete spicy note.

The wine is full-bodied, harmonious, with superbly concentrated aromas and a slightly more pronounced freshness with plenty ripe tannins.
By the attentive long-lasting ageing in oak it is blended into a unique wine for special moments in life.

The Benkovac vinery was built in 1956-1957 following the examples of existing wineries in the south of France. It consists of three different edifice, one for primary processing, care and maturation. Benkovac winery building is very attractive even today. The roof and a part of the facade is covered by ivy which gives it a beautiful, out of ordinary look, and ensures enough shade in the big wine-cellar.

Strong sun and grudging soil of this Benkovac - Stankovci vineyards give such versatile characteristics to wines of Benkovac.

Benkovac winery was known by its rose wine until 2005, when the new vineyards were being planted in Korlat near Benkovac, in stone macchia, on an area of 103 ha with 530.000 grapevines. Vineyard was planted with bedding material from France, and the assortment of Merlot, Syrah, Cabernet sauvignon, Cabernet Franc and Mourvèdre.