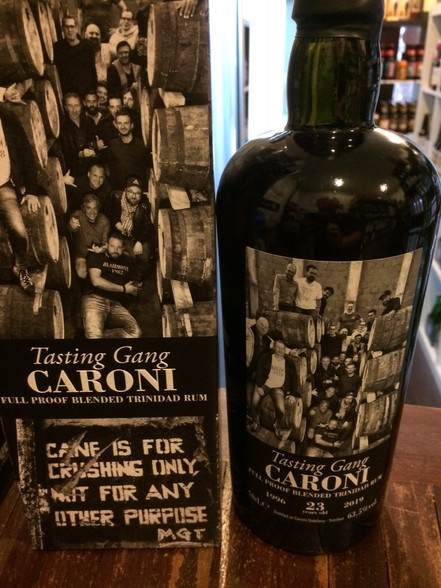 Exceptional  bottling, only 5,083 bottles produced. Distilled in 1996 at Caroni distillery in Trinidad and bottled in 2019.

This rum was selected by a gang of 23 Caroni lovers which gathered in Cognac, France after tasting the last 173 Caroni barrels that came from Trinidad and Guayana.

This bottle is a blend of 22 different barrels that were previously a blend of light and heavy rums blended before being aged. 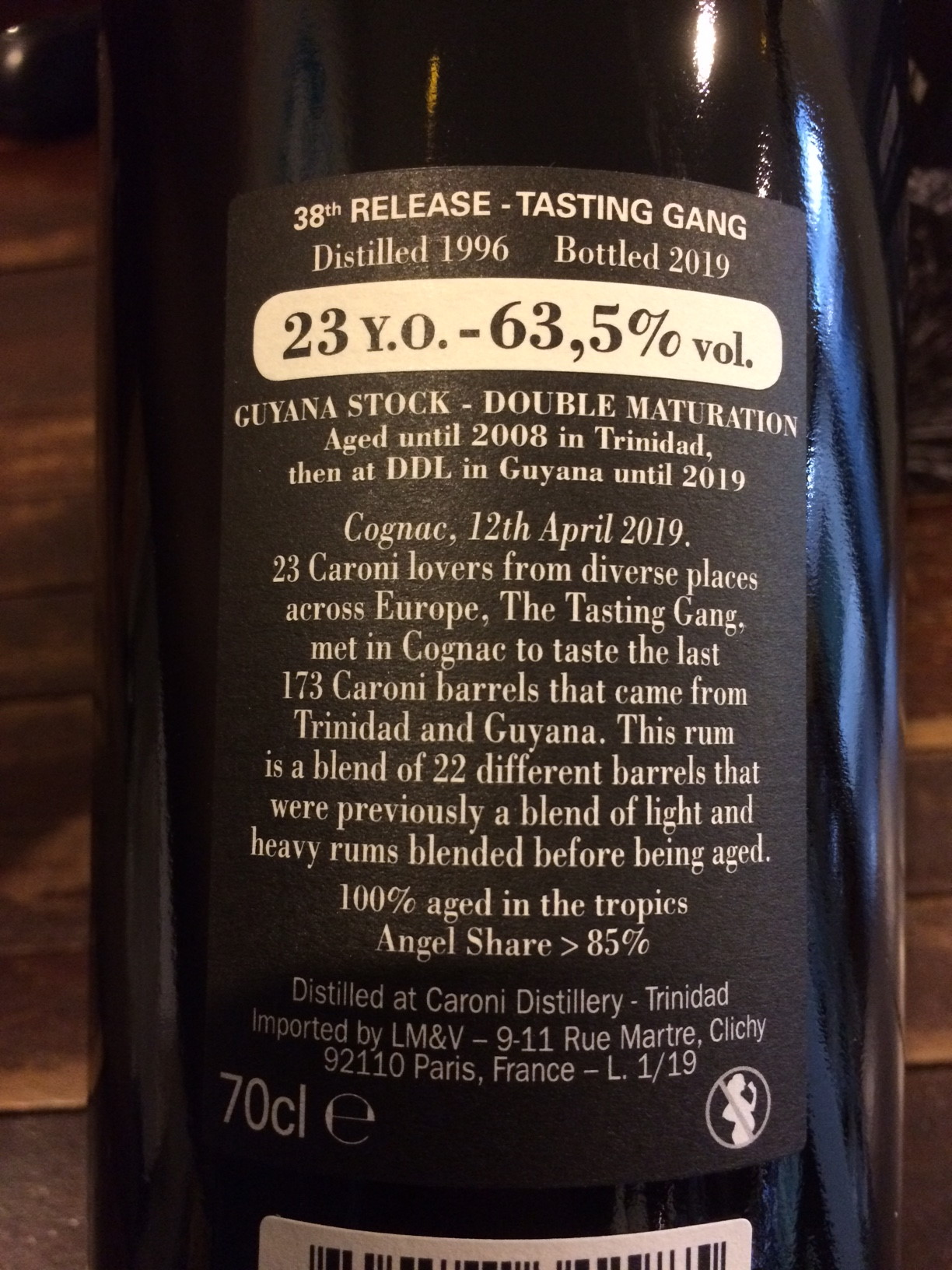