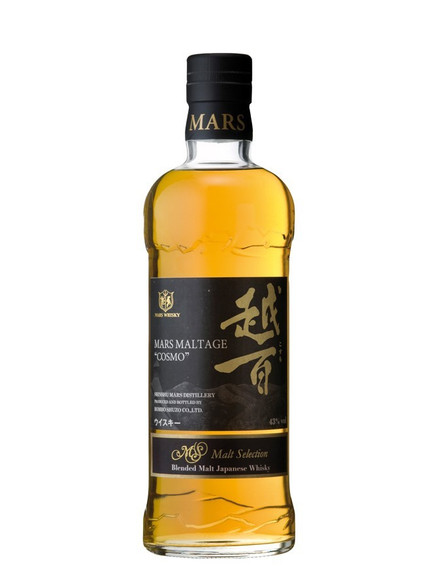 The Shinshu distillery was founded in the heart of the Japanese alps in 1985. Mothballed for a few years, it was re-opened in 2011 and since then two absolutely superb versions of its single malt have been launched. Cosmo, their latest expression, is a mature and assertive blended malt composed of Mars and select Scottish single malts.

Located in Japan, the Mars distillery has a rather unusual, turbulent history. Its founder is none other than Kiichiro Iwai, the man who instigated the departure for Scotland of the renowned Masataka Taketsuru and more importantly the owner of a spirit company that produces shochu (Japanese eau de vie). The Shinshu Mars distillery is situated in an exceptional location that affords a truly unique whisky. Located at an altitude of 800 metres, in a region that has a particularly harsh climate, the distillery benefits from pure spring water filtered over centuries by the mountains. Another remarkable feature of this distillery is that it only produces whisky during the winter months. The fall in demand during the eighties forced the distillery to close down in 1992, but it was reopened in 2011. It was only natural then that the first whisky to be made in the new stills be called ‘The Revival 2011’.