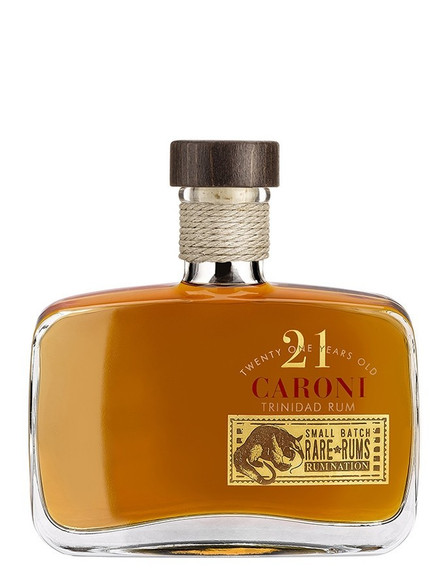 A limited release from one of the last vintages of the now closed Caroni distillery. As extreme as a rum can be, with a tannic and concentrated character due to ten years of tropical maturation in Trinidad before the casks were brought to Europe for the further refinement: oak, black dark roasted coffee, liquorice, and the typical musty note of clay. On top of that dark character, a flowery note of sandalwood and lavender lingers delicately before pepper and tannic dryness win again.

Beginning production in 1918, Caroni was the state distillery of Trinidad. It had access to its own sugar refinery that guaranteed its supply of local cane sugar. Equipped with both column stills and double distillation pot stills, until 2002 it produced “heavy rums” with an individual and noteworthy style. Only rarely producing bottlings under its own label, for a long time the distillery remained known only to a handful of connoisseurs, which gave it a mythical status further enhanced by its closure in 2002 by the Trinidad government. In 2004, the discovery of hundreds of bottles stored away in a bonded warehouse in Trinidad led to the joint purchase of the entire Caroni stock by Velier and La Maison du Whisky and to the bottling of various rare years which were then sold in limited editions and quickly gained cult status.