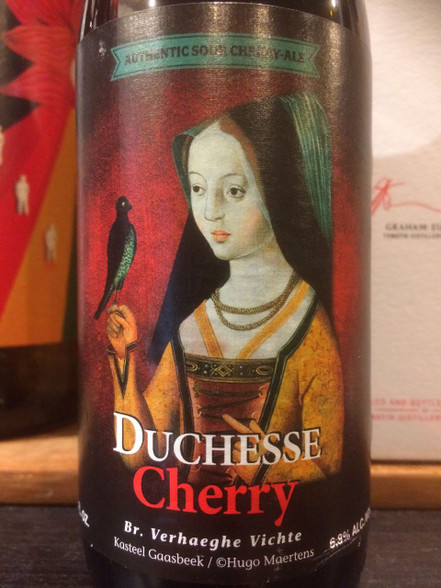 Duchesse Cherry beer is manufactured with only the real fruit of cherries instead of with flavor enhancers or extracts of cherries. The fruit is sourced from the region around Sint-Truiden in Limburg (Belgium).
Unlike the most famous fruit beers is the basic beer of the "real cherry beer" not a Lambic but a West-Flemish red-brown ale aged in oak wood. About mid-July at the picking, the Northern cherries are brought in at the brewery and laid in on the base beer.
Because the taste of the cherry fruit varies from year to year and this according to the number of hours of sunshine or rain, the kriekenbier  at its final composition is blended with cherry beer from the year before and two-year old cherry beer. This with the intention of becoming a more constant taste of the "real cherry beer" over the years.